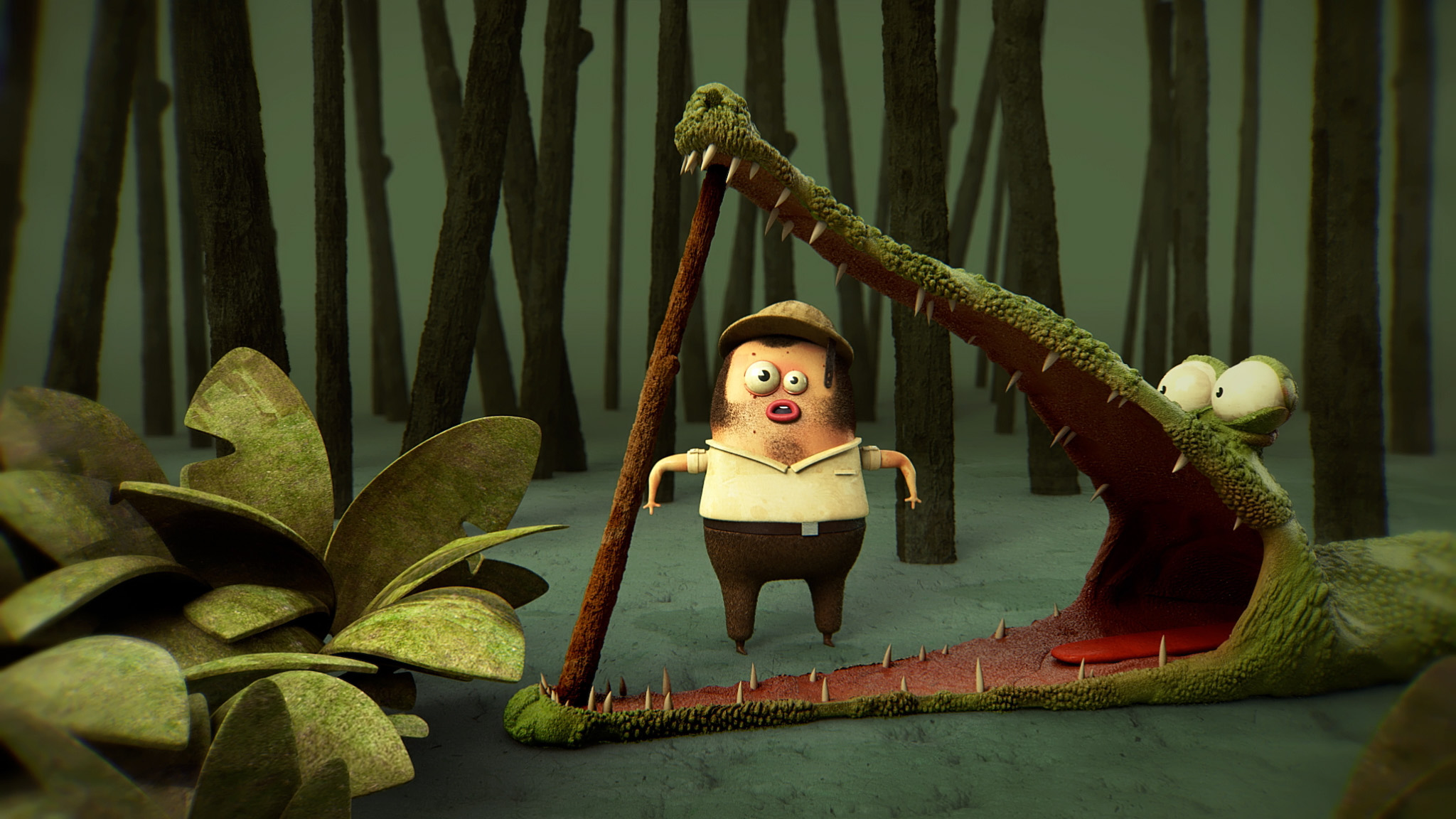 A render to define the look of the character.

A drawing from the animatic. From the start we were aiming at a robust character that could move flexible.

A couple of years ago we got the opportunity to work with Paul Driessen, the well known Dutch animator on a short film project called “The Origin of Sound”. The film was comprised of a main storyline and a whole bunch of short animations. We got selected to make this one. When we made the sub-folder for this project we called it Crocodile, but made a typo. So the entire project we just called it like the misspelled folder “Crococile”. The film was made in a very short time. We had to get it done in under 3 weeks..

Back to all projects